She came into this work destined to be rejected, and disposed of.

Having use of only 3 legs because she and sister’s (Musette) umbilical cord had wrapped around each of their right rear legs-cutting off circulation and withering the legs. BUT – a non-kill shelter took the two in, performing surgery, removing their affected legs (up to their pelvis), then closing them up and wishing them well into adoption…The story

Its seems that the Hartley’s had promised their granddaughter a day at the Cotton States Cat show to see “regal breeds” not thinking they would be introduced/run into Miss Minnie and Musette – names given by the adoption agency, but there they were. Truth of the matter was they had a dual purpose in attending the cat show. 1 - They were “on the prowl” for a new kitten – because their beloved “Eli” had recently passed away; and 2 – for their granddaughter who had never been to a cat show and was quite saddened by Eli’s passing. Maybe the show would bring her spirits up?

As they walked trough they entered the adoption booth where they noticed a cute playful tortoiseshell kitten in the corner but there was a surprise there were two, both up for adoption. Hum, which ONE would be the perfect fit for the Harley family?

Upon asking the volunteer they found out that both were up for adoption – and only as a pair could they go. The Hartley family pondered what do, “Why both if we only need one?” they thought. Then at a glance it became obvious. As one stood (On three legs), then the other stood (on three legs) they could not stand the thought of separating them so they finally came to a decision that they wanted to adopt both kittens as their children and the rest is history…not so fast.

Remember the missing legs – Musette – no complications you would never know that she has a problem. Minnie – well that is another story. Minnie has the same drive and playfulness and is more willing to be doted upon, what a lover she is! However, she has had her fill of threating issues. The skin where the leg was removed ripped wide open, several time. With the correct pharmaceuticals to combat massive, recurring internal infection; to becoming a long term “cone head” (preventing her from being able to lick or otherwise irritate the incision and numerous other skin breaks) and an abundance of caring, treatment and patience, over all Minnie is a miracle!  We love this little girl along with her family! She and her sister are two lucky kitties! 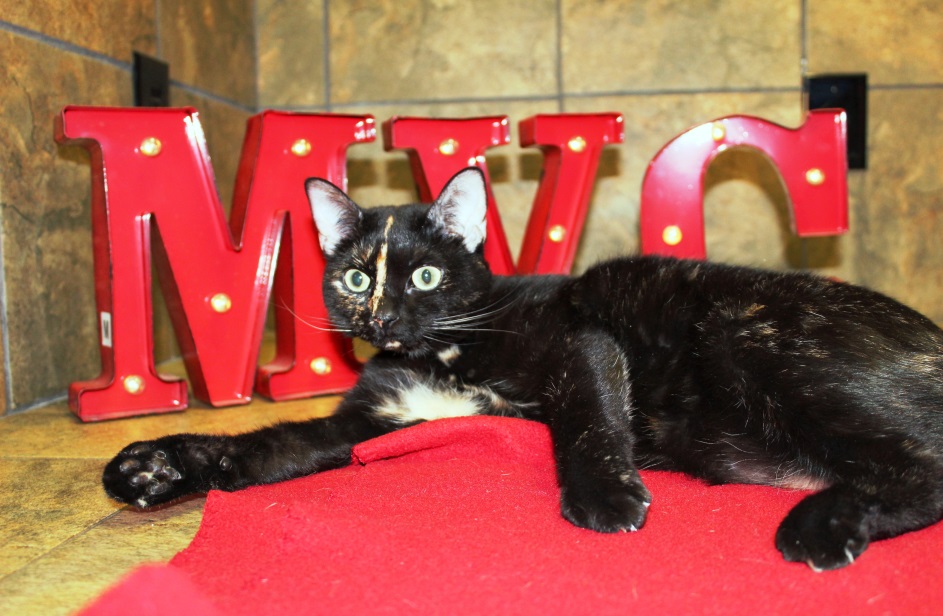 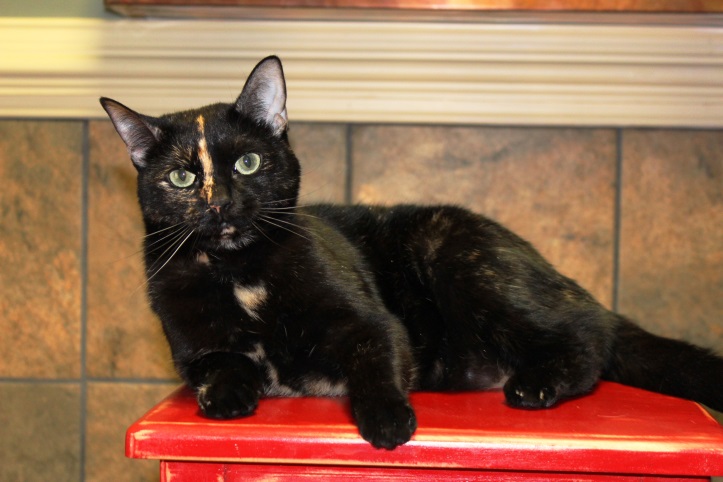